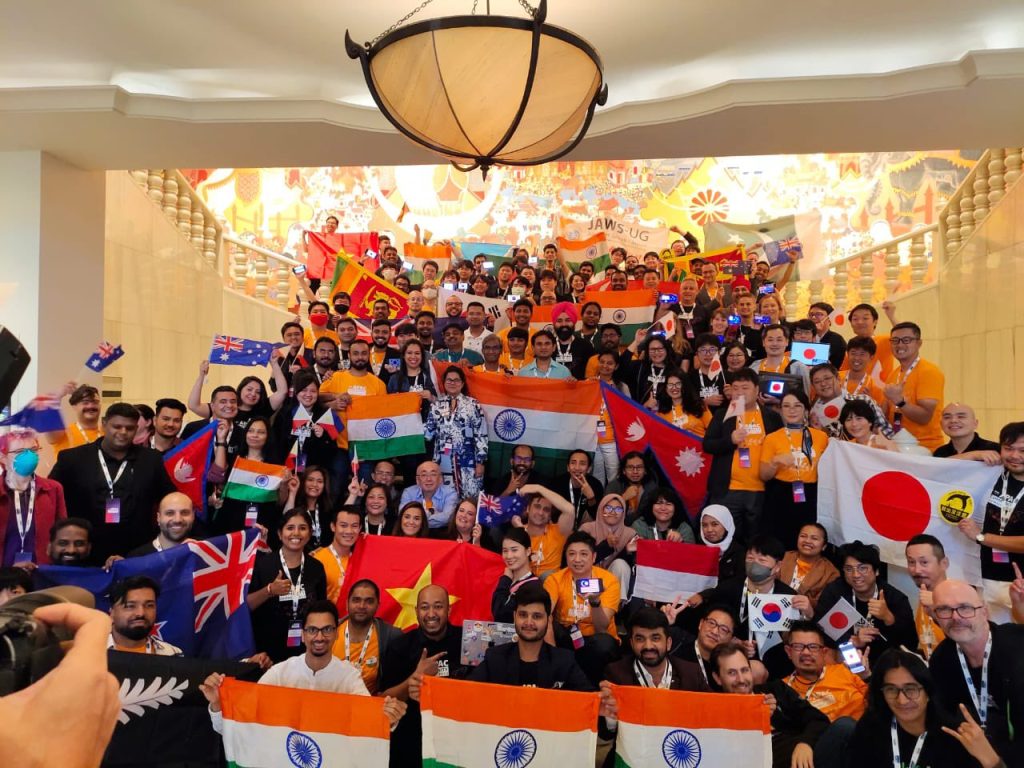 AWS APAC COMMUNITY SUMMIT 2022 was held on September 15 and 16. I also would like to thank all my friends who could not be here this time.

I’m Hiromi, an AWS Community hero based in Osaka, Japan.  I focus on community activities in Japan and other Asian countries, but I intend to share my vision beyond Asia, to the rest of the world.

My group in Japan has been working together since 2014. As the leader of the women and Osaka group, I immediately worked with other Japanese groups and attended the annual user group conferences. I also traveled to South Korea, Thailand, Vietnam and Australia to participate and speak in community leader meetups, and actively engaged with my international counterparts.

In 2019, I attended a women-led study group in Singapore which focused on the role of women at work, and how to empower them mentally. And I plan to resume activities soon, both in Asia and globally.

This introduction was my opening remarks when I appeared on a panel discussion on DE&I on the second day of the recent AWS APAC Community Summit 2022 in Bangkok.

The reason I was able to appear on the panel discussion was because I have always believed that AWS technology, and the AWS community, can make the world borderless and peaceful. That belief still holds true today.

The other four panelists are also DE&I leaders who are working not only for technology skill acquisition or work, but also with their own enthusiasm and beliefs.

This time, I encountered another new discovery and was empowered by the feelings of these powerful leaders.

It was a moment when we, who live in different environments and different places, felt united.

In fact, the AWS APAC Community Summit 2022 had a special feeling for me, participation and speaking at the event. And it was a very special event, as I was able to fully participate and speak in front of the audience.

Up until the summit, we had been organizing smaller Meetups amongst the Japanese community members along with our international community colleagues since 2015, and we have continued to work and share together.

What started as a small collaborative study group eventually became a closed leaders’ meetup in conjunction with the Community Summit, and now, in 2022, it has become a large conference where everyone in APAC can come together.

Although not all of our friends and all of the countries representatives were able to attend, it was a truly moving experience to be able to make a new start with such a large conference, full of like-minded people.

Thank you so much, fellow members of the AWS community and AWS people.

I want to thank you again.

Everyone has an important voice that needs to be heard.  We listen to all suggestions and opinions, and implement them as appropriate regardless of our own personal ideas.  What is good for the group will happen for the group!

This is one of the messages I conveyed at the event.

I hope the world of inclusion will grow. I will continue to work, with the firm belief that the world will come to be DE&I in the true sense of the word, with all people regardless of gender, age, creed or color etc. A borderless future for us all.

Let’s keep having fun and learn to grow together.

*Thanks to all my friends who took pictures and shared them with me.